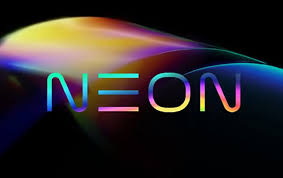 Samsung is gearing up to unveil a new artificial intelligence that it says will be smart enough to become one's 'best friend.'

The AI, called Neon, will be unveiled in the coming week at the Consumer Electronics Show (CES) in Las Vegas and according to Samsung, will go above and beyond the capabilities of the tech giant's current voice assistant, 'Bixby.'

'Honored to have so much coverage even before we unveil. But contrary to some news, NEON is NOT about Bixby, or anything you have seen before. #NEON is coming to #CES2020, so stay tuned!,' tweeted.

While details about what Neon will actually do are sparse, the company has suggested that it will be smart enough to act as a kind of AI companion, or 'best friend.'

The Best Campaign Video of This Election Season?

Everything You Wanted to Know About Pete Buttigieg, But Were Too Afraid to Ask

Eric Holder tells reporter to 'shut the hell up'

Has the secret tomb where Queen Nefertiti is buried been found? Hidden chambers near...

Gun-Toting Cops Endanger Students and Turn the Schools into Prisons

Largest Shipping Decline Since 2009 And That's Before Coronavirus