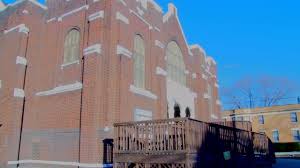 The order came from the Cleveland Division of Fire, citing code violations that they claim are dangerous for the inhabitants. The city is following the letter of the law, in this case, suggesting that it is illegal to change the official use of the building without first filling out the required paperwork and making significant changes to the property.

According to the city's building department, for the church to give shelter to homeless people, they would need to go through a costly process of not only updating the building but also getting the required permits and licenses that would designate the building as a homeless shelter.

Pastor Nozomi Ikuta has promised to appeal the ruling, saying that the church has been battling the city for months over their right to help the homeless.

"According to the city, it is improper for us to allow the Metanoia Project to use our building to provide overnight hospitality. They are telling us to apply to change the use of our building from a church to a shelter," Ikuta told Cleveland.com.

Ikuta said that the church is happy to make changes to their building to make it safer, but she doesn't believe that the church should have to change its designated purpose.