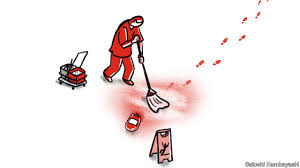 Being knowledgeable makes him a rare guy in the commentariat. Most of the people brought on as experts for the cable chat shows know very little about their alleged areas of expertise.

Regardless, he has been one of the most hawkish people on the Barr investigation, claiming that it is a real investigation with real criminal targets. In this recent radio interview he goes into the details of both the Barr investigation and the ongoing impeachment fiasco. He is a Trump partisan, so his opinions on impeachment are predictable, but his thoughts on the conspiracy are interesting. He probably has access to information from the Trump White House.

The interesting thing about all of this is just how widespread the conspiracy was during the 2015-2016 period. In that interview he talks about former NSA Director Admiral Mike Rogers, who is allegedly cooperating with Barr and Durham. What makes the Rogers issue interesting is that he was the original whistle-blower. He is not treated as such, because the media hates Trump and anyone associated with him, but Rogers was the guy who blew the whistle on the spying to the Trump people.

What's also interesting about Rogers is he seems to have been a good guy, who decided to put an end to the shenanigans with regards to access to top-secret data by FBI contractors. He closed off their access at some point in 2016, which put him in bad odor with the Obama administration. He was eventually pushed out, which suggests the conspiracy has roots into the Obama inner-circle. That may explain why the easy cases to be made against the FBI conspirators are on hold.