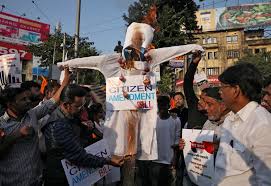 Called the Citizenship Amendment Bill (CAB), the new measure was passed last week and grants citizenship to non-Muslims from Pakistan, Afghanistan, and Bangladesh, who have been persecuted for their faith.

Christians, Buddhists, Sikhs, Jains, and Parsis from the three eligible countries will automatically be given citizenship if they have illegally entered the country.

So here's where things get complicated. Rights groups and a Muslim political party have gone bonkers over the fact that Prime Minister Narendra Modi isn't allowing Muslim migrants from the three country's who have illegally entered India - a path towards citizenship. They say the bill violates India's constitution that prohibits religious discrimination.