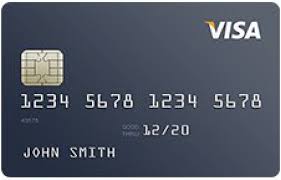 The share of credit card borrowers who are at least 90 days past due on their accounts will probably tick up to 2.01% next year, the highest level since 2010, according to a forecast by TransUnion. Still, the credit-rating company said the increase isn't a cause for concern, noting that bad card debt still remains much lower than the level seen during the last recession.

"This is well-managed delinquency," Matt Komos, TransUnion's vice president of research and consulting, said in an interview. "It's still healthy. This uptick is not concerning with the amount that credit has been expanding."

The number of people with access to revolving credit reached a record 200.5 million in the third quarter. That figure was helped by private-label credit card originations, which reversed a 10-quarter slump by posting 2.4% growth, according to TransUnion.

As lenders sign up more people for credit cards, the newest borrowers are increasingly falling behind on their bills. Accounts opened in recent years have been souring at faster clips than prior years, suggesting that more new borrowers are struggling to keep up with their minimum payments. For instance, 5.4% of credit cards originated in 2018 were delinquent within nine months, up from 4.5% the year before.

Not Ready For Economic Collapse: Only 41 Percent Of Americans Have $1000 To Cover An Emergency

The Corporate Debt Bubble Is A Train Wreck In Slow Motion

Pentagon racks up $35 trillion in accounting changes in a year

Are Housing Markets Still Clearing Out the Trash of the Last Bust?

Is Crypto About To SKYROCKET In 2020? - Why Millions Are Getting Ready For The Next BULL MARKET!

Calling Things By Their Real Names

Calling Things By Their Real Names

Median Sales Price of Houses Sold for the United States

Exclusive: Trump to Sit Down With Hannity For Super Bowl Interview