> The Art of Doublespeak: Bellingcat and Mind Control - Freedoms Phoenix 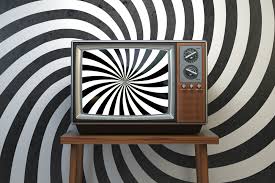 In a number of books he laid out the theoretical foundations for the practical work of Edward Bernays, who developed "public relations" (aka propaganda) to carry out this task for the ruling elites.  Bernays had honed his skills while working as a propagandist for the United States during World War I, and after the war he set himself up as a public relations counselor in New York City.

There is a fascinating exchange at the beginning of Adam Curtis's documentary, The Century of Self, where Bernays, then nearly 100 years old but still very sharp, reveals his manipulative mindset and that of so many of those who have followed in his wake.  He says the reason he couldn't call his new business "propaganda" was because the Germans had given propaganda a "bad name," and so he came up with the euphemism "public relations."  He then adds that "if you could use it [i.e. propaganda] for war, you certainly could use it for peace."  Of course, he never used PR for peace but just to manipulate public opinion (he helped engineer the CIA coup against the democratically elected Arbenz government in Guatemala in 1954 with fake news broadcasts).  He says "the Germans gave propaganda a bad name," not Bernays and the United States with their vast campaign of lies, mainly aimed at the American people to get their support for going to a war they opposed (think weapons of mass destruction).  He sounds proud of his war propaganda work that resounded to his credit since it led to support for the "war to end all wars" and subsequently to a hit movie about WWI, Yankee Doodle Dandy, made in 1942 to promote another war, since the first one somehow didn't achieve its lofty goal.

Western Media Coverage Of Russia As An Exercise In Propaganda

What's In A Logo?

A Divided Ukraine - The Story the West Doesn't Want to Hear

China's birthrate hits lowest level since country was founded in 1949

The Debate Over Whether to Call It QE Is Over, and the Fed Lost