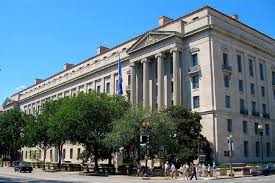 Barr, in effect, accused Horowitz of whitewashing a litany of proven misfeasance and malfeasance that created the "predicate," or legal justification, for investigating candidate-and-then-president Donald Trump on suspicion of being in cahoots with the Russians.

In grammatical terms, there can be no sentence, so to speak, without a predicate. Trump was clearly the object of the sentence, and the sleuths led by then-FBI Director James Comey were the subjects in desperate search of a predicate. Horowitz candidly depicted the predicate the FBI requires for a counter-intelligence investigation as having to meet a very low bar. The public criticism from his boss was unusual. For the tenacious attorney general, doing a serious investigation of how the FBI handled the Trump-Russia inquiry has become a case of no-holds-Barr-ed, one might say.

Particularly damning in Horowitz's report was the revelation that the FBI kept the "Russia investigation" going well after countervailing and exculpatory evidence clearly showed that, in the unforgettable words of one senior FBI official, Peter Strzok, there was "no there there."

China's birthrate hits lowest level since country was founded in 1949

The Debate Over Whether to Call It QE Is Over, and the Fed Lost

The EU might ban facial recognition tech for five years

An Introduction to Q