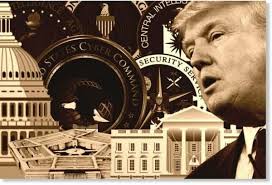 (Natural News) If it wasn't already, the verdict is now in on former FBI Director James Comey: He was a consummate deep state operative who sacrificed loyalty to the country, the law, the Constitution, and the American people by becoming a sycophantic stooge of the deep state.

On Monday, Justice Department Inspector General Michael Horowitz released his long-awaited report on abuses of the Foreign Intelligence Surveillance Act (FISA) court by Comey's FBI in its pursuit of a "Russian collusion" investigation into the 2016 Trump campaign.

None of it is good for the fired former director.

As noted by investigative reporter ace John Solomon on his website, there are 17 infractions documented in the Horowitz report, but astoundingly, none of them appear to have risen to the level of a criminal act, even though we now know that Spygate was based on a fabricated story about "Trump-Russia collusion."

Here are some of the more egregious findings:

— The FBI withheld information from the FISA court that it had misgivings about Christopher Steele, the former British spy who compiled the "Russia dossier" agents used to justify FISA court surveillance warrants against Page.

— Agents omitted a consensually monitored statement by minor Trump campaign figure George Papadopoulos to an FBI agent denying that anyone in the 2016 Trump campaign was collaborating with Moscow or had anything to do with outside groups like Wikileaks in the release of DNC emails.

— They omitted Page's consensually monitored statements to an FBI agent in August 2016 that Page had "literally never met" or "said one word to" Paul Manafort, Trump's one-time campaign manager indicted by special counsel Robert Mueller on charges that the Obama administration deemed non-problematic in 2014.

— "Omitted Page's prior relationship with another U.S. government agency, despite being reminded by the other agency in June 2017, prior to the filing of the final renewal application, about Page's past status with that other agency."

— They left out information obtained from high-ranking Justice Department official Bruce Ohr that Steele's information was going to the Clinton campaign and the DNC, that Steele was being paid by Fusion GPS founder Glenn Simpson to discuss his findings with the media, and that Steele was "desperate that Donald Trump not to get elected and was passionate about him not being the U.S. President."

There is plenty of criminal evidence – where are the charges?

There are other omissions as well, but suffice to say that they are all damning and all appear to have been intentional for the purpose of ensnaring then-candidate Donald Trump in a fabricated conspiracy that he "colluded" with the Kremlin.

"The evidence produced by the investigation was consistently exculpatory. Nevertheless, the investigation and surveillance was pushed forward for the duration of the campaign and deep into President Trump's administration," Attorney General William Barr said in a statement that accompanied the release of the Horowitz report.