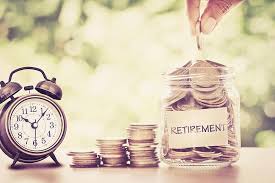 Like Ray Dalio advised during a recent appearance with Paul Tudor Jones, it's not the growing national debt that Americans need to worry about, so much as the liabilities that don't appear in the federal budget.

And a lot of those liabilities are centered around America's crumbling pension system. According to some data providers, American public pensions are suffering from a trillion-dollar gap between their liabilities and assets.

Some pension managers have tried to combat this by firing expensive managers and allocating more money to low-cost passive strategies. Marc Levine, the former chairman of the Illinois Board of Investment, is known in the industry for firing hedge funds and other expensive active managers who were "destroying value" with their enormous fees. Levine said he still stands by the strategy that he embraced during his four years of running the Illinois Pension. Levine said he found soon after taking over that the state pension fund's benchmarks for its hedge fund investments was a joke - it was an average of hedge fund performance. This prompted Levine to change it up and compare the actively managed hedge funds to index funds, and soon discovered that the hedge funds were extremely overpriced.

After offering viewers a handful of suggestions for passive funds that he would recommend for trying to track the broader US market.

Levine warned his audience that market timing rarely works, and if investors are saving for the long-term, they shouldn't hesitate to invest now, before transitioning into a discussion of the endemic problems of state public-employee pensions funds.