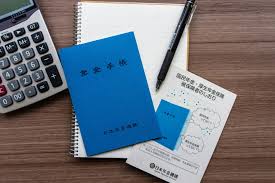 Ahead of the next market crash, Japan's public pension fund, one of the largest pension funds in the world, has developed a new market tool where it will no longer allow shares of its $733 billion global equity portfolio to be loaned out for short selling, reported the Financial Times.

The announcement by Government Pension Investment Fund (GPIF), comes at a time when the global economy is quickly decelerating into year-end, could see a significant repricing event where global equities correct into 1H20.

To get ahead of the downturn, about $370 billion of its $733 billion global equity portfolio will no longer be loaned out. It could be used as a weapon to combat evil short-sellers when the market plunges. If other pension funds follow GPIF's lead, which they likely will, this could be a highly disruptive market tool to stem downside and also create the mother of all short squeezes.

The reasoning behind GPIF's move to discontinue lending of at least half of its global equity book isn't because it's "concerned that lending stocks out stopped it exercising proper stewardship over the underlying investments. This included a lack of transparency over the final borrower and how it was using GPIF shares," as FT notes, but rather it's an unorthodox market tool that was similarly used by the Chinese government to stem further downside in a 2015 stock market crash.

The Vaccine Cover-up and the Massive Corruption at the Top: This is a Pharmaceutical Driven Agenda

The False Prop Of "Get Your Flu Shot": "Influenza-Like Illness"

Millennials are the least likely generation to get a flu shot because they are 'too busy' ..

'I'm sure the Russian people will support me': Putin is confident of becoming Russia

The Machines Have Us Trained for Obedience

The Real Cause of World War II Was the Allies Deception of Germany with the 1918 Armistice...

Orders at Boeing Drop to a 16-Year Low