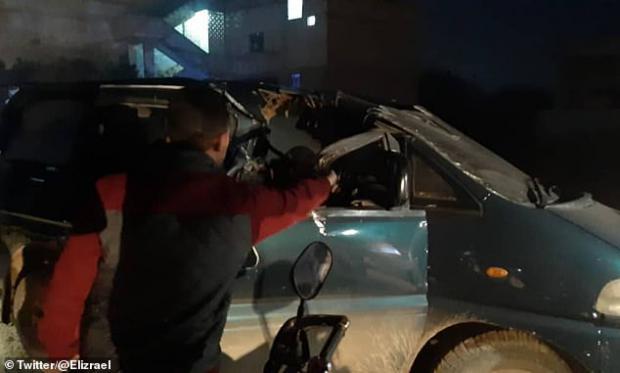 US forces reportedly conducted an airstrike on a minivan in a north-western Syrian city on Tuesday, killing two targets just 10 miles away from where former ISIS leader Abu Bakr al-Baghdadi was killed in a raid in October.

The targeted strike was said to have involved the use of a secret 'Ninja' missile, known as the AGM-114R9X, which substitutes the explosive warhead found on standard missiles for a set of six folding sword-like blades, designed to smash through buildings and vehicles with minimal civilian casualties.

According to The Warzone, the hit was carried out in Atmeh, located in Syria's Idlib province, which is around five miles from the Turkish border and fewer than 10 miles from Barisha, where al-Baghdadi was found to be hiding in a compound.

It's been reported that two people were killed, however their identities have not yet been released, nor as any information to suggest which terrorist groups the individuals were believed to have been affiliated with, if any.

VA Bill Would Criminalize Criticism of Governor and Associates

This smart speaker for kids is a godsend for modern parents