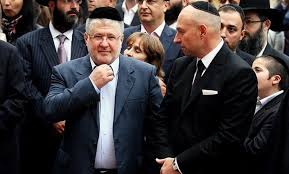 The deal gave the United States "tens of tons of gold that the terror organization had stolen," Sputnik reported Feb. 27, 2019, citing Syrian Arab News Agency (SANA). The loot was put at 50 tons. Some of it was Syrian gold, but much of it was Iraqi. In return, U.S. forces allegedly provided safe passage to terrorists and their ringleaders holed up in hideouts in the eastern province of Dayr al-Zawr.

This hearkens back to another gold-flight op that was said to have occurred in the Ukraine five years ago. Soon after the Crime Syndicate-backed coup d'etat occurred in Kiev, a convoy of four trucks and two cargo minibuses pulled into Kiev's Boryspil Airport in the wee hours of the morning. A band of black ops loaded an aircraft with heavy boxes and the plane then flew off.

Rumors emerged that Ukraine's official gold reserve was "hauled off to the U.S.," but there was no official confirmation from the new kakistocracy government as to whether there was an operation or where the gold went. There was also no official confirmation on the receiving end either. Per usual, those who questioned the incident were mocked as "conspiracy theorists." Elements of the story can be gleaned here.

Meanwhile, as Ukraine's currency, the hryvnia, collapsed, the central bank duly reported 42.3 tonnes of gold in its vault. Then, suddenly, the head of Ukraine's central bank let it slip in a TV interview that the vaults are essentially empty.