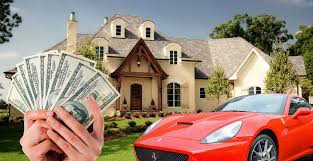 After the Constitution called the federal government into existence, our American ancestors demanded that this principle be enshrined in the Bill of Rights because they were convinced that federal officials would end up violating it.

The Fifth Amendment states in part: "No person shall be held to answer for a capital, or otherwise infamous crime, unless on presentment or indictment of a Grand Jury…. nor be deprived of life, liberty, or property, without due process of law."

What is "due process of law"? It is a phrase whose origin stretches all the way to Magna Carta in the year 1215. It means "notice and hearing." In a criminal case, that means the federal government is prohibited from depriving a person of life, liberty, and property without a formally issued grand-jury indictment and a formal trial, where the government must prove a person's guilt beyond a reasonable doubt. In a civil case, it means that the government must provide advance notice and a formal hearing or trial before it can deprive a person of his property.

The centuries-old judicial principle of due process of law was destroyed when Congress enacted what are called asset-forfeiture laws, which are part of the decades-long federal effort to win the war on drugs, which is arguably the most failed, deadly, destructive, and racially bigoted government program in our nation's history.