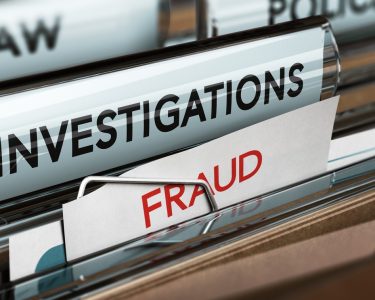 Remember Swine Flu? It was a big deal for a little while, but now it's something nobody in corporate media wants to talk much about.

On October 2009, Anthony Fauci, US National Institutes of Health infectious diseases chief, appears on YouTube. He reassures Americans about the safety of the "swine flu" vaccine, saying "there doesn't appear to be any safety red flags or safety issues…The track record for serious adverse events is very good. It's very, very, very rare that you ever see anything that's associated with the vaccine that's a serious event."

The World Health Organization gave the swine flu its most alarmed rating—a global pandemic—despite a relatively uneventful number of actual swine flu deaths. According to the U.S. Centers for Disease Control and Prevention (CDC) there were 61,000 deaths in 2018 and 38,000 the year before. There were 18,500 lab-confirmed deaths during the swine flu 'pandemic' year. Not great, but not a pandemic.

Yet in late July of 2009, the CDC abruptly advised states to stop testing for H1N1 flu. Stop counting individual cases, too, the CDC instructed.

CBS News reported that the decision to stop counting H1N1 flu cases was made so hastily that states weren't given the opportunity to provide input.

Investigative reporter Sharyl Attkisson dug into state-by-state numbers of positively-confirmed swine flu cases, but she and her CBS team were stonewalled by the CDC for months. Finally, rather than wait for the CDC, reporters took the initiative to contact each state individually and found: "Of the presumed likely swine flu cases, only a fraction of them were actually swine flu."

Health agencies had an overhyped event and a brand new stockpile of experimental vaccines to use. They didn't waste time distributing them, despite the public and some media starting to see through the faux "pandemic."

In December 2009, demonstrators in Scotland took to the streets to challenge the government's swine flu vaccine campaign, arguing it was out of step with the mild flu virus. Protestors had safety concerns. The vaccine had not gone through proper  testing, and the Scottish citizenry decided it was best to look out for themselves and their own families.

It was a cover up. Neither GSK, nor the health authorities made the information transparent for the public. In many of the GSK reports, the company briefly mentions having conducted "safety reviews"—for example, with respect to anaphylaxis, facial palsy, and Guillain-Barré syndrome. But when The BMJ asked GSK for a copy of those reviews, the pharmaceutical company refused to provide them.

How COVID-19 Is Changing the Future of Vaccines