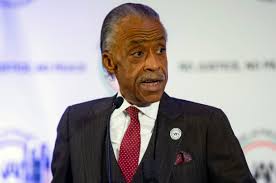 Rev. Al Sharpton was paid more than one million dollars by his own civil rights organization in 2018 according to tax records obtained by The New York Post.

The publication reported on Saturday that the controversial minister, 65, last year took home a total of $1,046,948 from his National Action Network (NAN) - the non-profit he founded back in 1991.

Sharpton, who recently celebrated his 65th birthday with a lavish party at the New York Public Library, claims the 'compensation' sum is backpay from the years he went without a full salary from NAN.

He told The Post he was underpaid by the organization between 2004 and 2017, and that the charity brought in an accounting firm to figure out what he was owed.

'Fifteen years [I was not fully paid]... for anybody else it would be laughable,' he  stated.