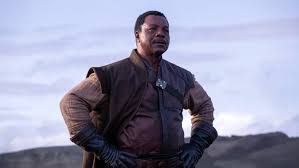 TV is exhausting now. Where once the future of streaming promised to cut down bloated cable bills and create a more efficient customer-provider service—"Imagine a future where you only pay for the 10 channels you actually watch," I remember excitedly telling my parents earlier in the decade—the reality is that now, there are simply more channels that you need to pay for.

Aside from traditional cable, which remains a must for any sports fan at the absolute least, there now exist more than a half-dozen prominent streaming services (and lots more small ones), all filled with a couple of buzzy shows, some old favorites, and endless filler crap that makes the library of content seem more valuable than it is. And if keeping up with the Emmy-nominated offerings of services like Netflix, Hulu, and Amazon Prime didn't already feel like a financial strain, the launch of Apple TV+ and the fawned-over premiere of Disney+ might have done it.

By my count, if you want to watch shows on HBO, Apple TV+, Disney+, CBS All-Access, Amazon Prime, Hulu, and Netflix, it'd run you $60.93 a month or $731.16 a year, and that's before factoring in a standard cable package for live events and other shows, or the other streaming services sure to launch in the near future. (NBC's got one coming down the pike.) Of course, nobody has to pay for all these things, but the problem here is that, with the arguable exception of CBS, all of these services have at least something resembling a buzzy hit show. If you want to watch, for example, Euphoria, Dickinson, The Mandalorian, Fleabag, Killing Eve, and Stranger Things, you're going to need a lot of accounts.