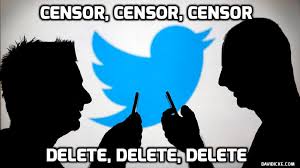 It's an open secret. The deep state is working hand in hand with Silicon Valley social media giants like Twitter, Facebook and Google to control the flow of information. That includes suppressing, censoring and sometimes outright purging dissenting voices – all under the guise of fighting fake news and Russian propaganda.

Most recently, it was revealed that Twitter's senior editorial executive for Europe, the Middle East and Africa is an active officer in the British Army's 77th Brigade, a unit dedicated to online warfare and psychological operations.

In other words: he specializes in disseminating propaganda.

The news left many wondering how a member of the British Armed Forces secured such an influential job in the media.

The bombshell that one of the world's most influential social networks is controlled in part by an active psychological warfare officer was not covered at all in the New York Times, CNN, CNBC, MSNBC or Fox News, who appear to have found the news unremarkable.