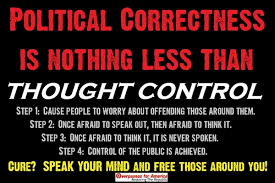 And this trend is getting worse by the day.

For example, San Francisco recently introduced a new "sanitized" language for criminals. You're not supposed to say "convicted felon," "delinquent," or even "drug addict" now.

And that's not the only example…

Below, Doug tells me why this is happening… who the true enemies are… and where he sees all this going from here…

Chris Reilly, managing editor, Casey Daily Dispatch: Doug, longtime readers know that you think the "politically correct" movement is destroying America. In fact, you've said in the past that "PC" culture is just "one more termite eating away at the foundations of Western civilization itself."

And things don't seem to be getting better.

San Francisco is the latest example.

It sounds crazy, but the city board recently "sanitized" a bunch of crime lingo. For instance, it's getting rid of words such as "offender" and "addict." Instead of "convicted felon," you're now supposed to say "justice-involved person."