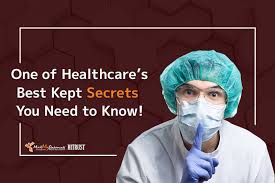 In a move that will send shockwaves across the $3.5 trillion US healthcare industry, on Friday the Trump administration unveiled a plan that would - for the first time - force hospitals and insurers to disclose their secret negotiated rates, the WSJ reported.

In hopes of bringing some transparency and openness to a pathologically opaque industry, one which many have blamed for being behind the explosion in US underfunded liabilities to more than $100 trillion, administration officials said the final rule will compel hospitals in 2021 to publicize the rates they negotiate with individual insurers for all services, including drugs, supplies, facility fees and care by doctors who work for the facility. The White House would also propose extending the disclosure requirement to the $670 billion health-insurance industry. Insurance companies and group health plans that cover employees would have to disclose negotiated rates, as well as previously paid rates for out-of-network treatment, in computer-searchable file formats.

As the WSJ notes, the proposal covering insurers is the newest part of the price-disclosure initiative, and would include the private-employer market, where about 158 million people get their health insurance.