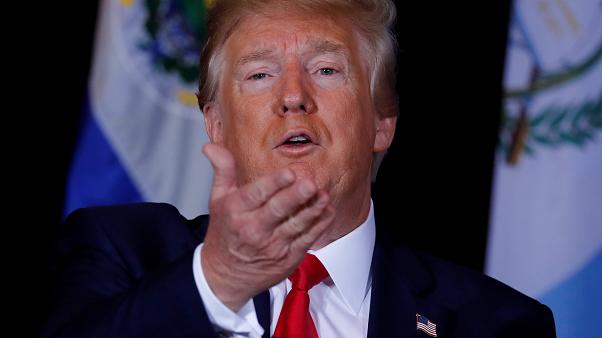 The conversation took place on April 21 after Zelensky won Ukraine's election in an upset victory, and essentially consists of congratulations and a benign exchange of pleasantries.

"I'd like to congratulate you on a job well done, and congratulations on a fantastic election," says Trump.

"I have many friends from Ukraine and they think - frankly - expected you to win. And it's really an amazing thing that you're done," says Trump. "I guess, in a way, I did something similar. We're making tremendous progress in the US - we have the most tremendous economy ever. I just wanted to congratulate you. I have no doubt you will be a fantastic president."

To which Zelensky thanks Trump and says "You will always, also, be a great example for many."

Zelensky then invites Trump to his inauguration, and says he's looking forward to a visit from the president or a "high-level delegation."

Trump complimented Ukraine, saying "When I owned Miss Universe, they always had great people. Ukraine was always very well represented. When you're settled in and ready, I'd like to invite you to the White House. We'll have a lot of things to talk about, but we're with you all the way."