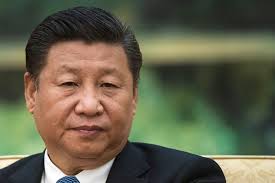 Update 2: Pretty soon, all of the students working to transform their campuses into fortresses against the Hong Kong police might be facing an even more formidable foe: The People's Liberation Army.

Foreshadowing the possibility that the Hong Kong protest movement could end with a Tiananmen Square-like mass-casualty incident - at least that's what we gleaned from remarks made by President Xi at the BRIC leaders summit in Brasilia.

According to a post on Weibo (China's answer to Twitter), Xi told his fellow BRIC leaders that stabilizing Hong Kong had become a serious challenge, and warned that "stopping the storm and restoring order" is a "most urgent task".

Here's a translation of the Weibo post, describing Xi's remarks.