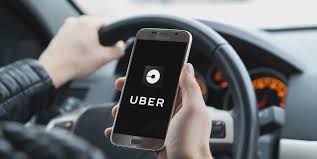 ... drastically impact Uber's bottom line - more states are lining up to demand a pound of flesh from the world's formerly most valuable startup (and subsequently one of the year's worst IPOs).

On Thursday, New Jersey picked up where California left off and found that Uber owes the state about $650 million in unemployment and disability insurance taxes because the rideshare company has been misclassifying drivers as independent contractors, the state's labor department said.

As Bloomberg reports, Uber and its subsidiary Rasier LLC were assessed $523 million in past-due taxes over the last four years, the state Department of Labor and Workforce Development said in a pair of letters to the companies. The rideshare businesses also are on the hook for as much as $119 million in interest and penalties on the unpaid amounts, according to other internal department documents.

The New Jersey labor department has been after Uber for unpaid employment taxes for at least four years, according to the documents, which Bloomberg Law obtained through an open public records request.