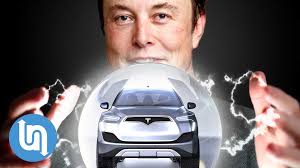 The all-electric Tesla Pickup Truck (Cybertruck) will make its highly anticipated and long-awaited debut next week. It's hard to even realize that November 21st is just around the corner. In only a matter of days, we'll all have a better idea of how this Tesla truck will look, as well as what it will have to offer.

Many of us have made plenty of speculation about the upcoming Tesla truck, and InsideEVs has shared a multitude of renders. Depending on who you ask, some were good and some were bad. Moreover, while many people continue to assert that we shouldn't even be sharing any of these renders in the first place, others greatly appreciate them.

Several mainstream media outlets, social media shares, YouTubers, and automotive websites have taken to speculating on the upcoming Tesla truck, which is to be expected. However, in reality, no one — aside from Tesla, Elon Musk, Franz von Holzhausen, and their team — has even a clue about what to expect. The automaker has done a terrific job keeping the secret.