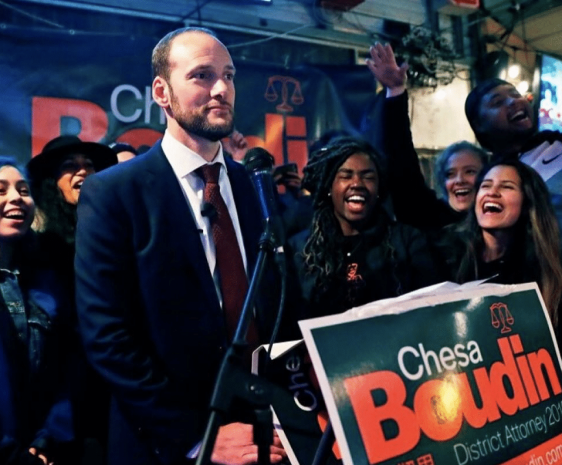 The American people have not heard much about the domestic terror group Weather Underground since we learned about Obama "palling around" with the group's co-founder Bill Ayers. Weather Underground, a self-proclaimed communist group was responsible for many deadly anti-American and anti-government attacks throughout the 60's and 70's. Now, their legacy lives on in San Francisco's newly elected District Attorney.

Chesa Boudin is being labeled the most progressive liberal San Francisco has ever seen. Boudin wants to reform the criminal justice system with three sweeping agendas. The first is ending cash bail, which would allow criminals to remain free until their trial date. Second would be to end gang enhancements, meaning if a crime is committed, the criminal will not have an increased penalty because they belong to a gang. The third and most talked about is ending prosecution for "quality of life."

In relation to the quality of life prosecutions, Boudin said "We will not prosecute cases involving quality-of-life crimes…Crimes such as public camping, offering or soliciting sex, public urination, blocking a sidewalk, etc., should not and will not be prosecuted. Many of these crimes are still being prosecuted; we have a long way to go to decriminalize poverty and homelessness."

Where exactly does Boudin's bleeding heart for criminals come from? The answer is the terrorist organization Weather Underground. Couple Bill Ayers and Bernadine Dohrn who co-founded the group spent nearly a decade as fugitives for their role in carrying out bombings of federal buildings, including the Pentagon and U.S. Capitol.