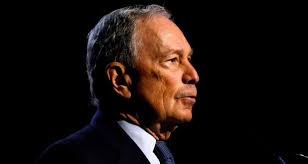 At 4:35pm, the Alabama Democratic Party updated its website to indicate that Bloomberg had filed the necessary documents ahead of the state's registration deadline on Friday. The southern state has the earliest deadline in the country, Nov. 8, for candidates to qualify for the primary ballot, forcing Mr. Bloomberg to put his name into contention this week if he did not want to get shut out of the ballot.

Bloomberg said in March that he would not run for president but warned that the ultimate Democratic nominee should not take progressive policy positions that would "drag the party to an extreme that would diminish our chances in the general election." Yet as the Hill notes, speculation had swirled that Bloomberg was reconsidering his decision especially after Joe Biden started trailing Liz Warren badly in the polls, and was behind Bernie Sanders in fundraising.

With his late entry and a personal fortune of $53.4 billion according to Forbes, Bloomberg could jolt the Democratic primary race, hurting the chances of other centrist candidates such as Joe Biden and Pete Buttigieg. While Bloomberg has not made a final decision to run, his allies say he intends to enter the race and his early moves have rippled through the rest of the Democratic field.

Predictably, Bloomberg's decision has raised alarm among supporters of former VP Joseph R. Biden who is presently the leading centrist in the race, and prompted accusations from Senators Elizabeth Warren and Bernie Sanders that Bloomberg is going to try to buy the presidency.