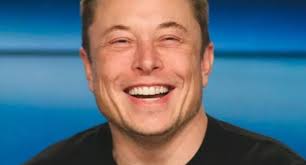 Emboldened by Tesla's stock rising nearly 100% off its 52 week lows (and who knows what else), Elon Musk took to Twitter at about midnight Pacific Time to once again taunt short Tesla short sellers. This time it was Greenlight's David Einhorn that drew his ire. Responding to a Tweet of a Zero Hedge article that contained an except from Einhorn's Q3 investor letter, Musk copied and pasted his own letter back to Einhorn, referring to him as "Mr. Unicorn".

Musk started off by claiming that Einhorn's comments about Tesla were just "saving face" with his investors. He then mocks Einhorn's performance, noting his "sharp drop in assets under management".

We read your Greenlight Capital Q3'19 Investor Letter, in which you make numerous false allegations against Tesla. It is understandable that you wish to save face with your investors, given the losses you suffered from Tesla's successful third quarter, especially since you've had several down years in performance and a sharp drop in assets under management from $15 billion to $5 billion. You have our sympathies.

Musk then states that Einhorn has a "desire to feel somehow relevant" with his Tesla short at a time when other short sellers have been "recoiling from the public discourse".

We also recognize your desire to feel somehow relevant with your Tesla short position at a time when your friends in the Tesla short community have been noticeably recoiling from the public discourse, as the world is increasingly recognizing Tesla's contributions to science, safety and a sustainable environment.

Finally, he invites Einhorn to meet him and tour Tesla's facilities. "I'm certain your investors would appreciate you getting smart on Tesla," Musk says, before offering to send Einhorn more "short shorts":

The Greatest Technology Shift on Planet Earth of all Time; is Now on the Way! || Mark Baughman