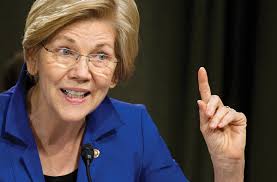 After being prodded and poked for months on end, Democratic presidential candidate Elizabeth "Pocahontas" Warren has finally revealed just how much her "Medicare For All" plan would likely cost American taxpayers – and it's not pretty.

According to the world's most infamously fake Native American, the price tag for "free health care" would be "just under $52 trillion," or nearly twice the amount of our current national debt.

"All 331 million Americans," Warren contends – this includes the tens of millions of illegal aliens that now live within our borders, it's important to note – can be covered under Warrencare for about 65 percent of the entire global gross domestic product (GDP).

In other words, Warrencare would cost Americans more than half of the entire value of every good and service produced in the world during a given year – and according to Warren, this is somehow feasible without having to raise taxes on middle-class families.

Not a single American would have "to pay for premiums or copays or any of the other ways health insurance companies stick you with the bill," Warren states on her campaign website.

"What's more, Elizabeth's plan for Medicare for All doesn't raise middle-class taxes by one penny."

For more related news about Elizabeth Warren's pie-in-the-sky proposal for free health care for all, be sure to check out Stupid.news.

Not only would Warrencare be "free," but it would also supposedly return $11 trillion back to the American people

This incredible miracle to be performed by Warren doesn't stop there, apparently. On her campaign website, Warren further claims that her $52 trillion plan will somehow end up returning about $11 trillion back to the American people in the form of a "tax cut."