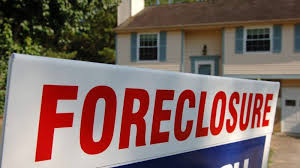 An 83-year-old retired engineer in Michigan underpaid his property taxes by $8.41. In response, Oakland County seized his property, auctioned it off to settle the debt, and pocketed nearly $24,500 in excess revenue from the sale.

Under Michigan law, it was all legal. And hardly uncommon.

Uri Rafaeli, who lost his property and all the equity associated with it, is just one of thousands of people to be victimized by Michigan's uniquely aggressive property tax statute. The law, passed in 1999 in an attempt to accelerate the rehabilitation of abandoned properties, empowers county treasurers to act as debt collectors. In the process, it creates a perverse incentive by allowing treasurers' offices to retain excess revenue raised by seizing and selling properties with delinquent taxes—even when the amount owed is miniscule, and even when the homes aren't abandoned or blighted at all.

Organizations representing property owners like Rafaeli say the practice is unconstitutional, inequitable, and unreasonably harsh. They call it "home equity theft"—a process that's a close relative to the civil asset forfeiture laws that have been used by police departments to similarly deprive innocent Americans of their property without due process. They are now asking the state Supreme Court to restrict the practice.