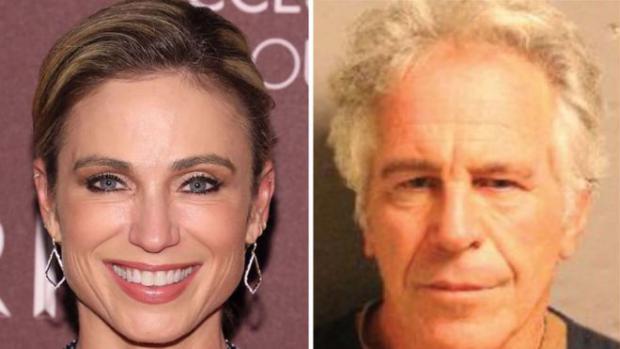 "The Palace found out and threatened us a million different ways," she says.

ABC News said there was "zero truth" to the claim, while Buckingham Palace told the BBC "this is a matter for ABC".

Epstein, a wealthy and well-connected financier, was found dead in a jail cell in August while awaiting trial for sex crimes. His death was ruled a suicide by investigators.

In the video, Ms Robach vents frustration that her 2015 interview with Virginia Giuffre - formerly Virginia Roberts - was never broadcast.

The clip was leaked on Tuesday by Project Veritas, a group that seeks to expose perceived liberal bias in the mainstream media.

Ms Giuffre, 35, alleges she was abused by Epstein and was ordered to have sex with powerful men including Prince Andrew, the Duke of York.

In court documents she said she was forced to have sex with the British royal on three separate occasions while she was under the legal age of consent.