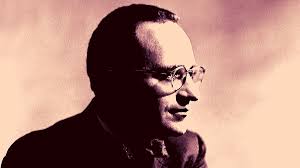 We must learn to love the everyday; to cherish the mundane; to appreciate the regular; to invest time and happiness in the ordinary. This is the long-lasting and measurable path forward.

"Nothing that is worth doing can be achieved in our lifetime… nothing which is true of beautiful or good makes complete sense in any immediate context of history… nothing we do, however virtuous, can be accomplished alone." —Reinhold Niebuhr

‍It is a peculiar characteristic of modern man to think in terms of changing the world, either in triumph over our sinful past or in some grand return to better days. In a world dominated by the political, when all things are related in one way or another to public institutions managed and upheld by the social-administrative nature of Western government—and especially its narratives—so many have a tendency to push toward improvement at a universal scale. As the political extends to the globe, so does the framing of our problems and search for solution.

Whether seeking to overcome the prejudices and cultural inclinations of yesterday, or seeking to re-instill them, our thinking is geared toward colossal shifts that must happen in order to achieve the improvements which we imagine. Our vision is cosmic and there is no hope except in contributing consciously and readily to the unfolding of progress in our time. Man is thrust into the grand and epochal battle for the future of the world, always needing to hone and craft his ideology for the sake of victory over the present conditions of insecurity and tension. Indeed, man feels an obligation, a pull, to jump into the mix and "do something about it."

Thus, as we sit on the precipice of the Western socio-political framework in decline, there is a constant and implicit demand that we offer an ideological replacement to fill the void created by the Neo-liberal social order (with not only its political structure, but its overall social milieu and interpretive framework). The question constantly asked is: "how do we achieve the successful implementation of our vision?" We each believe that if the world could adapt, however slightly, our own suggestions, the future might indeed be saved.

In a social environment of strife and upheaval, where the animosity and social hostility felt comes via media of entertainment, news, formal education, social media campaigns, and even the narratives that dominate corporate culture, it is becoming obvious that the state is not our only problem. While the managerial state in the West played—and plays— a core role in the transformation of society, the fact remains that it has, undeniably, transformed society itself.

The question therefore is increasingly not merely how do we roll back the influence of the progressive state, the question is what are the causes of a healthy and stable society? In this sense, the answer is not to be found in a loud chorus of ideas offered, understood, and accepted. Civilizations, I've said so many times of late, are not phenomena rising out of the application of mutually agreed upon ideological frameworks.  The individuals who make up society at large have rarely (perhaps examples can be found in certain religious sects) in history consented to live peacefully among themselves on the basis of a shared ideological vision.

Moreover, the birth and development of sound civilizations are not projects that span the lifetime of a single reformer, whether or not he is fully dedicated to his cause. Western civilization and all its institutions and cultural contributions was the result of over a thousand years of crisis, struggle, and maturation; it was not the result of the intended goal of constructing a brilliant vision for the future.  Even more profoundly, the roots of European civilization, which nestled in at the collapse of the Roman Empire, were not the product of revolutionaries seeking to set forth a plan of concerted action.

Throughout American (and European history), the majority of real, everyday, people did not operate their lives in terms of a some fight for liberty; they barely thought about it. The politicization of our thinking has coincided not with the buildup of a strong society, but as it has come at the expense of attention on more important, non-political things, the politicalization of our passions and mental bandwidth has been a key element of the growth of the state and the fracturing of social continuity. Robert Nisbet describes this social breakdown as follows:

It has become steadily clearer to me that alienation is one of the determining realities of the contemporary age. . . By alienation I mean the state of mind that can find a social order remote, incomprehensible, or fraudulent; beyond real hope or desire; inviting apathy, boredom, or even hostility. The individual not only does not feel a part of the social order; he has lost interest in being a part of it. For a constantly enlarging number of persons, including, significantly, young persons of high school and college age, this state of alienation has become profoundly influential in both behavior and thought."

The Forgotten Front Porch Is Making a Comeback