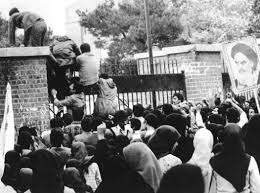 Thus began a 444-day ordeal that shocked the world, fundamentally altered the political scene in Iran, and cemented negative perceptions in the West of the country's Islamic leadership.

Forty years later, the Iran hostage crisis is still critical to understanding the bitter nature of relations between Iran and the United States.  It instantly formed a core part of the American narrative about the Islamic Republic as a regime willing to flout international law and universal moral principles, a view that has colored much of U.S. policymaking ever since.

Today, the National Security Archive is posting a small sampling of declassified records that recall that pivotal episode. They include a memo from National Security Advisor Zbigniew Brzezinski to President Carter suggesting several hardline actions including replacing Ayatollah Ruhollah Khomeini as Iran's leader and even overt intervention (see Document 07).  Carter was not prepared to take up any of these options but they indicate the level of alarm created by events in Tehran.

The documents are part of the soon-to-be-published U.S. Policy toward Iran: From the Revolution to the JCPOA, 1978-2015, a collection of almost 2,000 documents that is the latest in the "Digital National Security Archive" series through the academic publisher ProQuest.