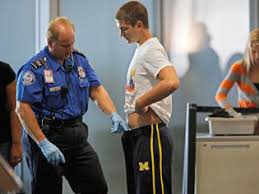 Following the attacks of September 11th, Congress passed the Aviation and Transportation Security Act (ATSA), creating the Transportation Security Agency (TSA). The TSA replaced private security screening companies with one government agency. Since then, air travelers have bowed to pat downs, bans on water bottles and other inconvenient, intrusive procedures as the "new normal" at our nation's airports. But does any of this make us safer?

Security Theater and the TSA

Security expert Bruce Schneier coined the term "security theater" to describe some of the TSA's procedures and screening practices. Security theater provides the appearance of enhanced security without actually making anyone more secure.

There have been significant and numerous changes in the TSA's security theater since 9/11. Here are some of the highlights and lowlights:

September 12, 2001: During the months after 9/11, National Guard troops are posted at the nation's airports. Their guns are empty.

April 2002: The TSA deploys 6,000 explosive trace detection machines, or "puffers," at all American airports. Fewer than 100 machines are deployed and the plan is scrapped. The total cost of the project is more than $30 million.

September 2004: The TSA orders all jackets and belts removed and X-rayed. Visitors banned from gate area.

March 31, 2005: TSA adds all lighters to its list of prohibited items.

December 2005: In response to the Madrid train bombings the year before, the TSA starts the Visible Intermodal Prevention and Response (VIPR) program to secure America's transportation infrastructure beyond airports.

August 10, 2006: In response to a foiled plot using liquid explosives in Britain, the TSA adds all liquids, gels and aerosols to its list of prohibited items.