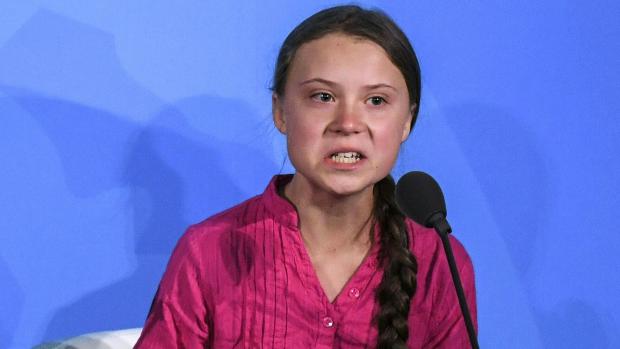 (Natural News) Now that she's an infamous globalist icon featured everywhere in media, eco-fascist Greta Thunberg is facing all sorts of criticism from her opponents whom she wants to see forcibly silenced on social media because their opinions upset her.

The teenage autist, who also suffers from severe depression, selective mutism, and obsessive-compulsive disorder, really doesn't like having to be questioned about her overtly communist climate agenda, and was apparently hoping that her aggressive plans for a New World Order could be implemented without any backlash whatsoever.

Because this isn't happening, however, Greta is now calling on Mark Zuckerberg of Facebook to stomp his digital boot on all of her political foes, this being the only solution that young Greta has yet been able to come up with as a remedy for all of the stress she now faces from having to deal with people online.

"Allowing hate speech, the lack of fact-checking and, of course, the issues of interfering with democracy … are among many, many other things that are very upsetting," she added in the same post.

MOMS FIGHT BACK AGAINST 'NEW NORMAL'

Pure Evil: The Boys and Girls Being Sold for Sex During COVID-19 and the Super Bowl

States Revealed to Be Illegally Promoting 'Sex Textline' for CHILDREN, with Federal Funding

How To Raise Weak Children During Lockdowns