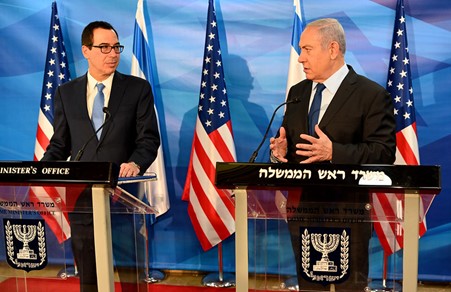 There is a certain irony in President Donald Trump's frequently expressed desire to withdraw from the endless wars that have characterized the so-called "global war on terror" initiated by George W. Bush in 2001. The problem is that Trump has expressed such sentiments both when he was running for office and also as recently as last week without actually doing anything to bring about change. In fact, the greatly ballyhooed "withdrawal" from Syria turned out to be more like a relocation of existing military assets, with soldiers moving from Syria's northern border to take up new positions to continue control of the Iraqi oil fields in the country's southeast. Indeed, the number of American soldiers in Syria may have actually been increased with armor units being transferred from their base in Iraq.

The all too characteristic Trumpean flip-flop on Syria may have been due to pressure from congress and the media, who were bleating over how the departure of U.S. troops was a grave mistake, but if that is true it is a tribute to the abysmal ignorance of America's Solons on the Potomac and the presstitutes who echo their bipartisan myopia. In truth, clinging to the Syrian oil wells makes no sense just as the war in the north served no purpose. The petroleum production is not enough to pay for the occupation, even if the oil is successfully stolen and sold, by no means a certainty as the rest of the world minus Israel regards it as the property of Damascus.

And to be sure, congress-critters know all about winners and losers. The mainstream media has been full of utter nonsense, including claims that Russia, Iran and Syria were all winners due to the American pull-out while neoliberal democracy promotion in the Middle East has suffered a defeat and Israel is now under threat. And, of course, the United States has to its shame betrayed yet another ally in the Kurds while also losing all credibility worldwide.

No one has, of course, examined any of the claims being made by the interventionist crowd. How Russia has won in taking on a client state that it cannot afford, or Iran in maintaining an extraterritorial presence that is regularly bombed by Israel, is by no means clear. President al-Assad meanwhile has the not so enviable task of putting his country back together. Meanwhile the Kurds will manage by cutting their own deal with Syria and Turkey with Russia serving as guarantor of the arrangement.

The real reasons for maintaining a U.S. military presence in Syria all have to do with Israel, which has long supported a fracturing of that country into its constituent parts both to weaken it as an adversary and to enable the Jewish state to steal still more of its land, possibly to include the sparsely populated oil producing region. Israel also wants a robust American military presence in Syria to prevent Iran from turning it into a base for attacks across the border, an unlikely prospect but one that has resonated with the U.S. Congress. Indeed, deterring Iran is the reason most often cited by both Washington and Tel Aviv for American interference in Syria, where it has no other actual interest apart from an apparent demented desire to remove President Bashar al-Assad.