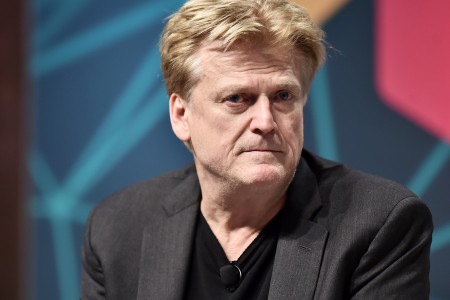 He has been courteous enough to send me the article in question.  Let me stipulate that I do not find anything egregious in Mathew's mistakes: his work is somewhat better than average, actually (and far better than Abha Bhatteria's, as analyzed here "Come See the Sausage Being Made").  If I were still grading university papers I would give it… Well, I will let you go to Twitter and grade it yourself.

In any case, I am reprinting Matt's article here, with my comments, as it presents an opportunity to show the public how sloppy journalism causes inaccuracies to enter and then propagate within the discourse. Remember, people pay $1,000/year to subscribe to Matt's work. So read this knowing that this is the level of error the public can expect from expensive journalism.

I will follow my normal convention of interlacing my text in italics with Matt's original.

Overstock and the boardroom squabble

-Overstock's drama-filled saga persists, this time with ex-CEO Patrick Byrne's feelings that he was "betrayed" by the board.

I never used the word "betrayed" in explaining this to Gasparino and feel it is mischaracterizes my feelings. I would describe my feelings more as "exasperation and fatigue with politics." So Mathew is now using one word from another journalist's (loose) interpretation of my feelings and presenting it as a factual description of my position, in quotation marks, thereby appearing to attribute it to me. Is that good journalism? Or is that loosey-goosey? Suppose I were to write a piece about Mathew and say, "Mathew Yamamoto feels that he is 'inadequate' as a journalist because he has been caught propagating other journalists' errors without researching quotes and claims himself…." And I never explained that he never said that about himself, but that it was someone else's interpretation of his state of mind: would that be fair to Mathew?

-What was once his pack of "coyotes," Patrick noted how all the board members but one wanted him dissociated with the firm.

This is gibberish: Matt is propogating an error that appeared in Abha Bhatteria's Washington post article, and amplifying it, like he did with Gasparino in the previous point.

Here are the facts: Five years ago there was a group of executives who called themselves "the Wolf Pack" because they focused on fixing and refining operational matters (I believe it was a reference to Pulp Fiction's "Mr. Wolf"). In response, a group of younger executives who worked together a lot, mostly on techno-analytic issues, started calling themselves "the coyotes". There were five of them. Two or three drizzled out of the firm along the way in the last 5 years. The phrase has nothing to do with anything at this point, and I have not even heard it used for about three years. And it never had anything to do with "all the board members" or, for that matter, ANY of the board members. So here, Matt's claim above is just nonsense on stilts.

-Adding insult to injury, Byrne seems to believe his old enemy, Marc Cohodes, played a role in the Board's decision.

Well, maybe. Or maybe this is more sloppiness. See below.

Once again, I'm here to give you Overstock's weekly drama. This time it's a story of betrayal, at least in the eyes of ex-CEO Patrick Byrne. Is it odd how insistent Matt is on using the word "betrayal" though I never used it myself? Having taken Gasparino's mischaracterization of my position at face value, and using the word in quotes above to appear to attribute it to me, Matt now takes it as a fact that he has established.

In last week's column, we explored the rather suspicious timing of Byrne's $90 million stock sell-off.

"Explored" it in another piece that was written without reaching out to me for comment (as far as I know), and is chock-full of even worse journalistic sins. There was nothing suspicious about it: I supplied Gasparino the facts and correspondence related to it, and he went back on Fox and said, "He provided to me tick-tocks with names and dates on why he sold when he felt like was lied to, 20 years of abuse… Screw it I'm leaving the country…. That's when he sold all his shares.'"

Sept. 16-18 – Byrne sells his remaining Overstock shares over a three-day period to the tune of $90 million