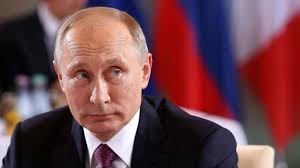 Russian President Vladimir Putin pledged to protect Christians threatened by the conflict in Syria, appealing to the plight of religious minorities as justification for Russia's involvement.

After a meeting with Hungarian Prime Minister Viktor Orban on Wednesday, Putin expressed sorrow over the persecution experienced by Christians in the Middle East, according to the Associated Press. Russian leaders have worked to develop close ties with Syria's Christian communities. Melkite Catholic Archbishop Jean-Clement Jeanbart has called Russia's intervention in the country a source of "hope for the country's Christians.

At a meeting later in the day, Putin expressed concern for the "massive exodus of Christians from the Middle East."

"We are watching what's happening to the Christians in the Middle East with tears in our eyes," said Putin.

Russia's efforts to work closely with Syria's Christians have also earned praise from Syrian President Bashar Assad, who called Putin "the sole defender of Christian civilization one can rely on." Putin has propped up the Assad regime against his opponents in the country's civil war.But some Syrian Christians are skeptical of the Assad-Putin alliance and want the United States to pressure Putin to agree to a political solution that yields a secular, democratic Syria. President Trump promised in 2017 to prioritize protecting persecuted Christians in Syria, and his administration has supported free elections and a new Syrian constitution. But the recent U.S. troop withdrawal from northern Syria raises questions about the strength of America's influence in the country.