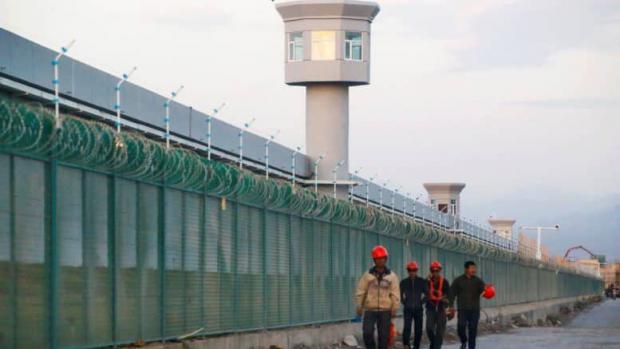 A group of 54 United Nations members issued a statement Tuesday defending China for building over 1,000 concentration camps to imprison, torture, indoctrinate, rape, and kill Muslims, crediting the camps with building "a stronger sense of happiness" in the country.

Belarus, often considered the last dictatorship standing in Europe, delivered the statement on behalf of the China-allied nations at the General Assembly in response to a group statement condemning China's human rights atrocities.

China has built hundreds of concentration camps in western Xinjiang province – home to the nation's Muslim Uyghur ethnic minority – since late 2017, which it has used to imprison up to 3 million Uyghurs, Kazakhs, and Kyrgyz Muslims. Survivors of the camps, mostly Kazakhs or Uyghurs married to foreign nations who appealed abroad for their freedom, say they were subject to forced sterilization and beatings, forced to memorize Communist Party propaganda songs, affirm their loyalty for dictator Xi Jinping, and serve as sex slaves for guards at the camps.