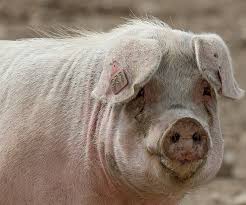 (Bloomberg) -- U.S. meat markets had so far been shielded from the effects of a deadly pig disease wiping out Asian herds. That's starting to change.

As pork supplies plummet in China, the world's top consumer is desperate for meat and is ramping up imports. As a result, it's becoming harder to set longer-term protein contracts amid concerns over market volatility and changing trade flows, according to Jayson Penn, chief executive officer of Pilgrim's Pride Corp., the No. 2 U.S. chicken producer.

"The contracting season is moving somewhat slower this year" for chicken, Penn said on a conference call with analysts following the release of third-quarter earnings. While major fast food restaurant chains are looking for beef contracts, "there are not many sellers willing to forward price," he said.

American markets have so far been protected from the impact from African swine fever, which kills most infected pigs in 10 days. That's largely due to trade barriers that were either in place -- the case for chicken -- or imposed as retaliation to President Donald Trump's trade war with China. But expectations of rising prices are now affecting the U.S. market.

Pilgrim's Pride also cited a slowdown in Australian beef trim shipments to the U.S. that's affecting the burger market. That's just one of the countries boosting sales to China to take advantage of rising demand. The executives also cited rising prices for chicken-leg quarters in the past week after China said it would end a ban on American imports as part of a partial trade deal with the U.S. The cut is processed for domestic consumption, but it's also a hot item for export.

Meat exports from the U.S. have lagged behind levels many in the market expected following the swine fever scourge. Archer-Daniels-Midland Co., one of the world's largest agricultural commodity traders, said protein producers have been slow to boost production outside China. The company now only expects tailwinds from the disease next year, CEO Juan Luciano said.

"We thought acceleration of growth production outside China was going to be faster," he said on an earnings call with analysts.

On the Chicago Mercantile Exchange, hog futures for December settlement fell 9.1% this month, the biggest drop among major agricultural commodities. The slump underscores the challenges for U.S. farmers who have increased production. China has bought U.S. pork in stops and starts, contributing to elevated volatility in hog futures.

Guards dress up as GORILLAS to scare off monkeys near India's border...

US Navy mine-seeking dolphins are pictured strapped into tanks on a cargo plane...

A public transit pup! Meet the Seattle dog who takes the bus by HERSELF every day to visit...

Heart-warming moment boy, 13, gets a Boston Terrier puppy for his birthday...

Nanny state insanity: NH bill to CRIMINALIZE letting your own dog run around your back yard when

Barking up the right tree! UPS drivers showcase adorable images of the dogs they meet...