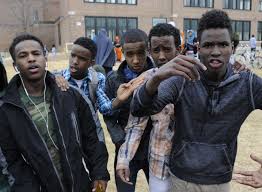 Many of those settling into Islamic communities in America have anything in mind but assimilation.  The latest evidence of this comes from Minneapolis, Minnesota where Somali gangs are now claiming territory and a young Somali has now gunned down another young man.

First, the story comes via a variety of local outlets, but not one mainstream outlet reported on this that I could find.

Minneapolis police were dispatched to the area of 23rd Avenue North and Aldrich Avenue North on Friday at around 6:25 p.m. for a shooting, according to the criminal complaint.

The caller told officials they heard six to eight shots and that there was someone on the ground, the complaint states.

When officers arrived, they stopped a vehicle that dispatched told them had a victim in the back, according to the complaint.