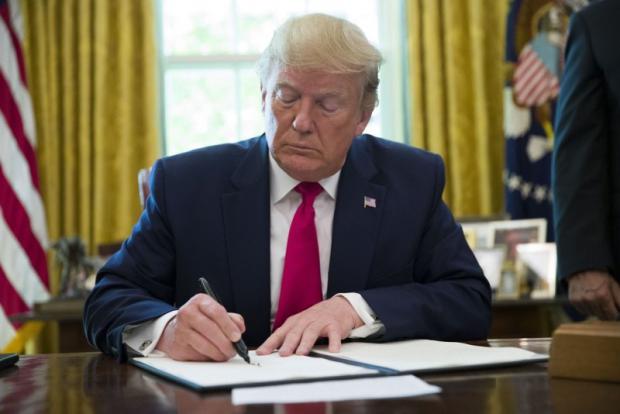 WASHINGTON (AP) — It wasn't too long ago that Donald Trump derided presidential executive orders as "power grabs" and a "basic disaster."

He's switched sides in a big way: In each year of his presidency, he has issued more executive orders than did former President Barack Obama during the same time span. He surpassed Obama's third-year total just recently.

Back in 2012, Trump had tweeted: "Why Is @BarackObama constantly issuing executive orders that are major power grabs of authority?"

That criticism continued once he entered the presidential race.

But Trump appears to have learned what his predecessors discovered as well: It's easier and often more satisfying to get things done through administrative action than to get Congress to go along, said Andrew Rudalevige, a professor at Bowdoin College who studies the history and effectiveness of presidential executive actions.