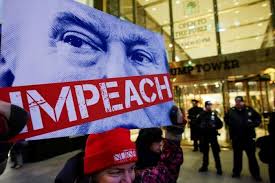 The new poll by Iowa Emerson College showed that only six percent of registered voters in Iowa said impeachment was their top issue. In comparison, 33 percent said the economy was the top issue, 19 percent said health care, and ten percent said social issues.

In other words — impeachment is not within the top issues that Iowa voters care about. The Iowa poll also found a plurality of voters — 48 percent — oppose impeachment, versus 42 percent who support impeachment.

However, last week, three Democrat-led House committees held three separate closed-door hearings with current and former U.S. and State Department officials as part of House Democrats' efforts to impeach Trump. And the fourth Democrat debate on Wednesday began with the issue of impeachment.