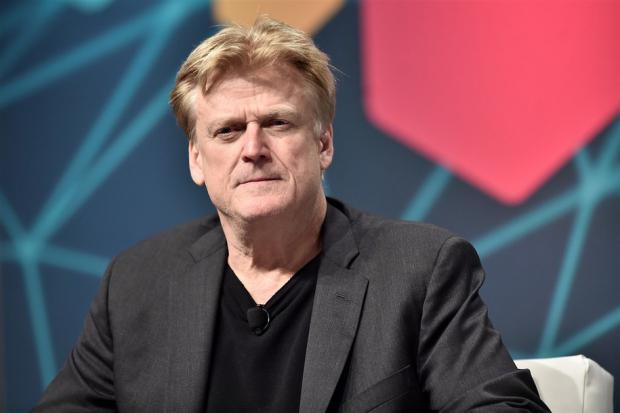 This fact has been documented by finance academics and published in peer-reviewed academic journals. For example, in "Stock Trades of Securities and Exchange Commission (SEC) Employees", Journal of Law and Economics (2017), authors Shivarum Rajgopal (Columbia Business School) and Roger White (Arizona State University) summarize their findings:

"We examine the profitability of stock trades executed by SEC employees… [W]e find that a hedge portfolio mimicking such trades earns a positive abnormal return of about 8.5% per year in U.S. stocks…" (emphasis added)

Thus, we can consider two choices:

1. "The average SEC employee who invests in the stock market is about as good a stock-picker as Warren Buffett";

2. "The average SEC employee who invests in the stock market trades on inside information."

Given those options, I dare to write: "The average SEC employee who invests in the stock market trades on inside information. QED"

Thus, again, my question is not whether employees of the SEC trade on inside information, as I consider that a settled matter. Instead, the meaning of the title of this piece is this:  Imagine a situation where the SEC leaks inside information regarding its regulatory intentions towards a company, and does so only to select clients (where, per "The Theory of Economic Regulation" [Stigler, 1971]) the SEC's "clients" are understood to be bulge-bracket Wall Street prime brokers, and not you, the taxpayer). Is it then Material Non-Public Information?

Fortunately, we have a test case at hand: recent events regarding OSTK and OSTKO.

Followers of Overstock know that the firm recently attempted to issue a dividend. There were ≈ 37 million shares of OSTK. It had another class of stock (OSTKO) trading on a blockchain ATS owned by tZERO, a subsidiary held 82% by Overstock. On July 30 (while I was CEO) it announced a dividend of 3.7 million OSTKO tokens to be issued on a 1-for-10 basis to the holders of its 37 million OSTK shares.

In the universe which I inhabit, nothing seems odd about those numbers: 37 million X 1/10 = 3.7 million. Yes, the advanced mathematics checks out.

The outside legal counsel for these matters was the fine firm of Bryan Cave, led by the able Cliff Stricklin. Cliff is a former federal prosecutor, a state judge in Texas, a federal prosecutor who was specially tasked with the Enron prosecution, and finally, in private practice, generally considered the nation's foremost authority on white collar crime. He had his most able securities partner handling this matter while he oversaw it. I believe the dividend was legally about as buttoned up as it could be.

In the warped universe of Wall Street, this dividend risked exposing the bezzle in their system. As this website has long maintained, our National Market System's settlement plumbing is so full of flaws that no one really knows how many people own how many shares of publicly traded corporations in the United States. This was ably demonstrated by the famous Dole Foods litigation, where a company that had issued ≈ 37 million shares (coincidentally, roughly the same as OSTK) turned out to have shareholders who "legitimately" owned ≈ 50 million shares (I say "legitimately" because the Delaware courts found that there was no way to say which of them were "legitimate" and which "illegitimate": see "Dole Foods Had Too Many Shares", Bloomberg, 2017).

I did have a concern: this dividend could expose the crooked world of Wall Street settlement. That is because no one really knew how many shares of Overstock that the firm's "shareholders" own. The firm had issued 37 million. There were also 18 million officially short.   The firm was also on the Reg SHO threshold list, which means that there were some additional number of unsettled trades (in other words, slop in the settlement system creating an artificial supply of outstanding shares). In addition, there is a procedure called "ex-clearing" by which the phantom stock created by unsettled trades among brokers gets converted into derivatives called "Contracts For Difference" among the brokers, and no one in the marketplace (least of all the SEC) can tell how many phantom shares have been transmuted that way. In addition, there are knowledgeable people who have told me that every share legitimately shorted may be "daisy-chained" into one or more hidden shorts. For long-term students of Deep Capture this is old news, but to newcomers, I suggest you view this: "DeepCapture – The Movie").