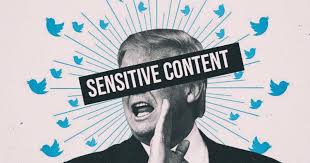 Despite the fact that President Donald Trump is Twitter's biggest, most high-profile — and free — marketing manager, the social media giant has been trying to figure out a way to silence him since he won in 2016.

Now, however, the platform may have discovered a way to finally silence our president and take away his access to the American people he's trying to serve.

In a press release last week, Twitter announced a new policy regarding how the platform will treat the accounts of world leaders, including a notation that certain content will cause "enforcement actions."

First of all, what is the purpose of having a social media platform that edits speech? And certainly, the speech of a country's leader? Twitter — and Facebook and YouTube and Instagram — were all created to be free speech platforms without filters (save for advocating an illegal act or violence against someone).

Suddenly, even leaders of countries are going to be silenced?

"There continues to be meaningful public conversation about how we think about Tweets from world leaders on our service. We welcome the conversation and want to share more context on our principles and process for reviewing reported Tweets from these accounts," reads the statement.

When it comes to the actions of world leaders on Twitter, we recognize that this is largely new ground and unprecedented. We understand the desire for our decisions to be "yes/no" binaries, but it's not that simple. The actions we take and policies we develop will set precedent around online speech and we owe it to the people we serve to be deliberate and considered in what we do.

Our mission is to provide a forum that enables people to be informed and to engage their leaders directly. We also have a responsibility to the people who use Twitter to better explain why we make the decisions we make, which we will do here.

This is all just to ban Trump…right?

Granted, Twitter officials did grant that leaders of nations will still be given greater leeway when communicating — more than the average person will get, though "the accounts of world leaders are not above our policies entirely."

These areas "will result in enforcement action for any account on our service" no matter who it is:

– Any promotion of terrorist activity (with the exception, thus far, of Antifa-related accounts, as we've noted);

– Clear, direct threats of violence against any individual or group (though context here matters, as noted above; direct interaction between fellow public figures/leaders likely would not result in any action);