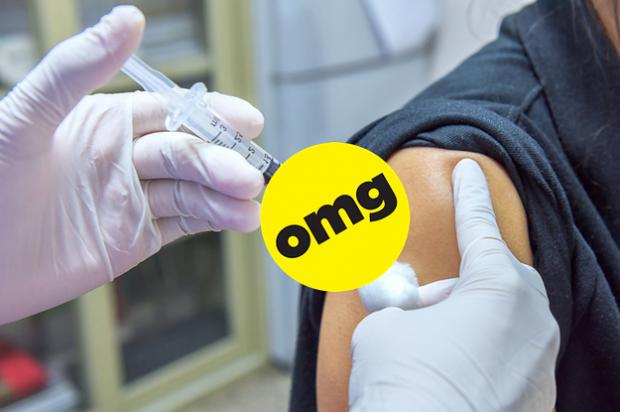 October marks the start of a new flu season, with a rise in likely cases already showing up in Louisiana and other spots, federal statistics show.

The advice from federal health officials remains clear and consistent: Get the flu vaccine as soon as possible, especially if you're pregnant or have asthma or another underlying condition that makes you more likely to catch a bad case.

Make no mistake: Complications from the flu are scary, says Dr. William Schaffner, an infectious disease specialist at Vanderbilt University Medical Center in Nashville, Tenn., who is part of a committee that advises federal health officials on immunization practices.

"As we get older, more of us get heart disease, lung disease, diabetes, asthma," Schaffner says. "Those diseases predispose us to complications of flu — pneumonia, hospitalization or death. We need to make vaccination a routine part of chronic health management."

Federal recommendations, he says, are that "anyone and everyone 6 months old and older in the United States should get vaccinated each and every year." People 65 and above and pregnant women, along with patients who have underlying medical issues, should make haste to get that shot, if they haven't already, Schaffner says.

Within a typical year, about two-thirds of people over 65 get vaccinated against the flu, studies show, compared with 45% of adults overall and 55% to 60% of children. But only about half of pregnant women get vaccinated, and immunization rates for people with chronic diseases hovers around 30% to 40%.

Take the case of JoJo O'Neal, a 55-year-old radio personality and music show host in Orlando, Fla., who was diagnosed with adult onset asthma in 2004 at age 40. For years she didn't get the flu vaccine, figuring her healthful diet, intense exercise and overall fitness would be protective enough.

"I skated along for a lot of years," O'Neal says, "and then, finally, in 2018 — boom! It hit me, and it hit me hard." She was out of work for nearly two weeks and could barely move. She was extremely nauseated and had an excruciating headache and aching body, she says. "I spent a lot of time just sitting on my couch feeling miserable."

O'Neal says it takes a lot to "shut her down," but this bout with the flu certainly did. Even more upsetting, she says, she passed the virus on to her sister who has chronic obstructive pulmonary disease. Fortunately, neither she nor her sister had to be hospitalized, but they certainly worried about it.

"We have lung issues and worry about breathing, so having the flu created lots of anxiety," O'Neal says. This year, she's not taking any chances: She has already gotten her flu shot.