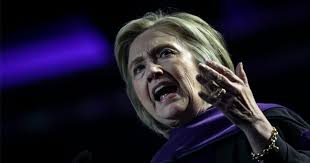 Clinton has issued a plethora of excuses for her historic loss in 2016 – from the Russians to misogyny, to "fake news," a term conservative media managed to hijack – and appeared to offer another excuse for her defeat, decrying the DNC as a "bankrupt organization" compared to the "well-funded, well-prepared" Republican National Committee (RNC) that then-candidate Donald Trump inherited.

"And you know as well as anybody that you get the nomination when you're Democrat, and then you basically have to get a game plan for the general election," she said, according to audio posted by the GOP War Room on Friday:

"The day he got the nomination, having done nothing for Republicans his entire campaign, was a day that he already– there already were, you know, like 21 offices in Florida," Clinton continued.