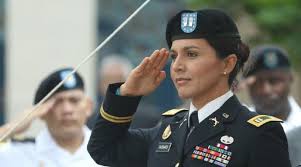 She is the direct opposite of Hillary Clinton, for whom all causes serve herself and her enormous narcissism and pathology.

So seeing Gabbard go directly after Hillary Clinton after her debate performance the other evening where she explicitly called out both the New York Times and CNN (the hosts of the debate) for the hit jobs on her puts to rest any idea she's someone else's stalking horse.

Two weeks ago I asked if five tweets from President Trump changed U.S. foreign policy for good, Gabbard does him two better with these three tweets of absolute, Oscar Wilde-like beauty.

Great! Thank you @HillaryClinton. You, the queen of warmongers, embodiment of corruption, and personification of the rot that has sickened the Democratic Party for so long, have finally come out from behind the curtain. From the day I announced my candidacy, there has been a ...

... concerted campaign to destroy my reputation. We wondered who was behind it and why. Now we know — it was always you, through your proxies and ...

... powerful allies in the corporate media and war machine, afraid of the threat I pose.

It's now clear that this primary is between you and me. Don't cowardly hide behind your proxies. Join the race directly.

There is so much goodness to unpack in these tweets it is almost beyond my ability to do so.

Clearly, Gabbard may have real problems with Donald Trump as president but she's learned very quickly from him that the best way to deal with Hillary and her media quislings is to attack them without mercy.

Gabbard throws down the gauntlet here outing Hillary as the mastermind behind the DNC strategy of allowing the current crop of future losers to fall all over themselves to alienate as many centrist voters as possible.