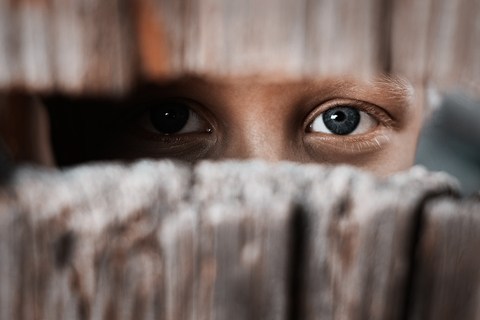 That announcement, with the reduction in funding planned for fiscal year 2019, sent shockwaves through the global vaccine agenda, timeline, and implementation, run by the CDC and the World Health Organization (WHO).

When the "Tax Cuts and Jobs Act" was signed into law on December 22, 2018, the Administration cut $595.5 million from Public Health Preparedness and Response, $60 million from Emerging and Zoonotic Infectious Diseases (i.e. Zika, Ebola), and $52.6 million from Immunization programs in general. Combined with a half-dozen other programs, the CDC cuts totaled $1.17 billion.

As a result, the CDC needed to figure out how it would promote the next Zika-like pandemic ruse that never materialized in 2016 and that the agency never investigated as the cause of the birth defects in northeast Brazil. So, how was the CDC going hype the WHO's global emergency, which was supposed to be Ebola – again – with a contracted budget?

Pharma needed to counter what the White House did to its global vaccine agenda. Enter help from overseas.

Months after the Trump Administration's chopped the CDC's immunization fat and excesses, a UK-based non-profit Vaccine Confidence Project produced a report for the European Commission called, "The State of Vaccine Confidence in the EU."

In the WHO-CDC's plan to convince the masses that vaccines are safe and effective, the Vaccine Confidence Project, a partnership between GSK, Brighton Collaboration, UNICEF, the CDC, the WHO, and long list other organizations, formulated a plan to attack "anti-vaxxers" by defining vaccine confidence [their emphasis] as:

Several keywords from the report's mission statement – "trust," "perceived vaccine safety and effectiveness," and "religious compatibility" – foretold what would come in 2019. They intended to restore trust by removing "vaccine hesitancy." They would continually harp the CDC's mantra that vaccines are safe and effective. Next would be decoupling religious rights by pushing the unscientific "public health" fear points to remove freedom of choice.

The only "religious compatibility" that works in the Vaccine World Order are no religious rights at all – the rights to remove based on religious and moral grounds must be eliminated to force injections on the masses. The states of California and New York quickly fell in line and passed draconian vaccine laws removing religious and medical exemptions.

The Vaccine Confidence report also cleared the way for the WHO to publish another report, listing the top Ten Threats to Global Health in 2019.  Four of the ten threats are identified as vaccine-centric:

-Ebola and other high-threat pathogens

This list of immunization threats sent a signal to the network of global vaccine sponsors, governments, health agencies, academic institutions, non-profit organizations, and news media that it was not time to combat the threat of a disease outbreak, but rather, it was time to go after the threat posed by the Trump Administration to Big Pharma's global vaccine scheme.

What followed can only be characterized as a vaccine arms race, steeped in messaging that would result in mandated shots of all kinds, for all ages, genders and health conditions, whether the shots were needed or even appropriately tested. And this needed to be a global plan.

Big Pharma, which was behind the writing and promotion of the European Commission's Vaccine Confidence report and the WHO's "vaccine hesitancy" platform, unleashed a three-pronged attack against what they deemed as "anti-vax" people and groups.

They didn't work to build "trust" by proving vaccines are protective and don't cause harm, but by mounting a marketing blitz to make "vaccine hesitancy" into a global health threat. That put new talking points into the hands of the pediatricians, healthcare workers, and mainstream media outlets to repeat like a parrot.

Pharma pushed out more than 100 bills for 30 states that would mandate vaccines by stripping out religious and medical exemptions. Those bills are being hotly debated in statehouses and courts of law across the country.

Pharma, through GAVI and others, sponsored new "pop-up" activist groups, co-opting mothers and fathers into becoming the "new face" of the Movement. In launching control opposition groups, the plan focused on the infiltrating and discrediting long-standing activist groups that have successfully countered pharma propaganda and CDC doctored science for years. The new operatives appear to be well-organized and well-financed, selling graphic designed "swag" based on nothing that remotely resembled a grassroots movement.

Are Vaccine Travel Passports Next?

The full-court press for moving the global vaccine agenda forward will only work when the majority of nations give up their sovereignty, bow to the UN and give in to WHO's every whim. The European Union is already ramping up plans for full vaccine compliance by linking immunization records to citizen travelers.

Called the Roadmap on Vaccination, the European Commission has created and published a timeline of deliverables, including the distribution of a "common vaccine card/passport for EU citizens." This undoubtedly means that soon, to be able to travel through Europe, people will need to show that they have been injected with a select number of vaccines. I recently spoke with a vaccine expert, who wished to remain anonymous. Their assessment was the EU program will require vaccine records with proof of vaccination against polio, diphtheria pertussis, tetanus, measles, mumps, rubella (MMR), and the seasonal or universal flu shot.

The Act prohibits Federal agencies from accepting for official purposes driver's licenses and  identification cards from states not meeting the Act's minimum standards.

In short, full authority is granted to the DHS chief to update, change, or add to the Real ID program any provision the government sees fit. No Congress act is needed. No presidential executive order is required. Full autonomy has been given to an appointed individual who cannot be voted out of office and has no accountability to the American people. The Real ID Act can close down access and prohibit individuals from entering any federal government property, including ports, buildings, transportation hubs, airports, and more.

Last year, DHS announced it will build a Homeland Advanced Recognition Technology System (HART) that will work in conjunction with valid government IDs. The massive artificial intelligence database will use a plethora of biometric and relationship data points to positively identify people, including their DNA, palm prints, scars, physical markings and tattoos. It will also track their geolocation and monitor behavior for predictive analytics.

The looming peril that HART might impose on Americans is summed up in the Electronic Frontier Foundation article from June 2018:

"The records show that what DHS plans to include in HART will chill and deter people from exercising their First Amendment protected rights to speak, assemble, and associate. Data like face recognition makes it possible to identify and track people in real time, including at lawful political protests and other gatherings. Other data DHS is planning to collect—including information about people's "relationship patterns" and from officer "encounters" with the public—can be used to identify political affiliations, religious activities, and familial and friendly relationships. These data points are also frequently colored by conjecture and bias."

In the near future, the threat would become evermore worrisome if DHS links individual immunization records through the CDC's IIS tracking system to HART and Real-ID 2020. People could be prohibited to travel, to enter government facilities, to secure government-backed student loans and mortgages, to drive motor vehicles and to receive any type of insurance. Either people submit to full compliance or be shutout from this abbreviated list.

These are the totalitarian footsteps of Communist China, leading to the elimination of our Bill of Rights. In that bleak scenario, the United States would implement a full-blown social credit scoring system.

China's social-credit scoring is best understood not as a single system but as an overarching ideology: encompassing punishments and rewards, to improve governance and stamp out disorder and fraud. Commercial schemes mostly handle the perks, state schemes the punishments. Both work in concert to encourage socially responsible behavior. In a speech Oct. 4,  2019, U.S. Vice President Mike Pence described it as "an Orwellian system premised on controlling virtually every facet of human life."

Rue the day that if it comes to fruition, as it would further erode rights, eliminate choice, and force people to submit to rigid, penalty-driven medical laws without redress or due process. In such an Orwellian nightmare, the unipolar, fascist Big Pharma cartel would erect one of the pillars in the new global order that would threaten the health of humanity.

Reprinted with permission from Vaxxter.com

James Grundvig has written and published as a freelance journalist and columnist, covering subjects from autism, its cause and treatments, clean technology, green energy, and the BP Oil Spill, to business and Wall Street, and completed investigative reports on a wide range of topics since 2005. He is the founder of the cloud-based software startup in 2011 to integrate supply chain logistics in the Construction IT space. He has 25 years of consulting engineering and construction management experience on projects of scale and complexity in the New York City area. He is the author of Master Manipulator: The Explosive True Story of Fraud, Embezzlement and the Government Betrayal at the CDC.