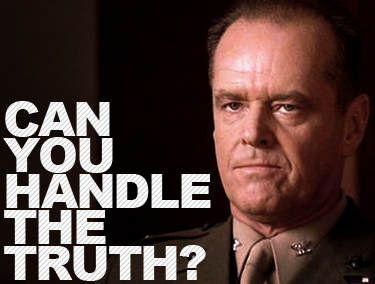 STRAIGHT LINE LOGIC - Never underestimate the power of a question

Our rulers believe their Holy Grail is in sight.

But there's always a purpose in nonsense. Don't bother to examine a folly—ask yourself only what it accomplishes.

What do the follies of Russiagate and the Ukraine impeachment controversy accomplish?

Truth is always the enemy of power. Exposure of power's motivations, depredations, and corruption never serves power's ends. Truth is often suppressed and those who disclose it persecuted. Any illegitimate government (currently, all of them) that fails to do so risks its own termination.

What if, instead of suppressing the truth, a regime could render it irrelevant and not have to worry about it? That prospect is the Holy Grail for those who rule or seek to rule.

Imagine an announcement to the populace: We rule you and every aspect of your life. Your wishes, desires, and plans are immaterial to us. You will do as we tell you or you will be severely punished or eliminated. Our sole end is power and we will be its corrupt and criminal beneficiaries. You are our slaves. Imagine that the announcement was not met with outrage and resistance, only quiet acceptance, even approval. The regime has disclosed the horrifying truth about itself, and nobody protests or cares. It has rendered the truth irrelevant. What future disclosure could threaten it in any way?

This Book Will Not Make You Rich

That is the purpose of Russiagate and now the Ukraine impeachment controversy—they are part of a long running project to render the truth about our rulers irrelevant. That project is well advanced. Contrary to Toohey's admonition, let's examine the follies to understand what's happening and what they accomplish.

The key assertion upon which Russiagate rested was that a Democratic National Committee (DNC) computer server was hacked by Russian operative named Guccifer 2.0, who then turned the data obtained over to Wikileaks. In that data were DNC emails that indicated the DNC's strong pro-Clinton bias. Wikileak released the emails three days before the Democratic convention in 2016.

Hack in this context means that the DNC server was accessed over the Internet, its cyber-defenses penetrated, and information was transmitted back to the hackers over the Internet. After Julian Assange announced that WikiLeaks would be publishing "emails related to Hillary Clinton," but before those emails were released, DNC contractor CrowdStrike claimed it had found malware on the server and evidence that it was put there by Russians.

Guccifer 2.0 stepped forward the next day and claimed responsibility for the hack. With that, the actual content of the emails was virtually ignored by the mainstream media. Instead, there was a never-ending drumbeat of stories about Russia's "hacking" of the 2016 election, which either implied or asserted as fact such hacking cost Hillary Clinton her rightful victory. That drumbeat has gone on for over three years, diminished but not completely quieted by Robert Mueller's report and widely panned congressional testimony.