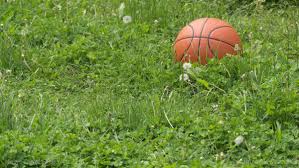 (Natural News) Former NBA player Charles Barkley has chimed in on the league's controversial partnership with communist China, calling fans who are critical of this questionable relationship "idiots" and "jackasses."

Citing the "billions of dollars" that are at stake if the NBA in any way crosses communist China by supporting the freedom movement in Hong Kong, Barkley contends that the almighty dollar should always take precedent to the millions of innocent lives being oppressed by the communist Chinese regime.

"First of all, you guys have been killing Colin Kaepernick for the last X amount of years," Barkley lamented during a recent interview on the Dan Patrick Show, trying to make a point that he never actually made. "Now, all the sudden you want to control what happens in a foreign country?"

In Barkley's view, NBA fans and the American public at large need to just shut up about the whole thing, including the fact that China continues to harvest organs from live political prisoners – because if they don't, NBA players could end up losing their cash cow.

In case you didn't know, the communist Chinese regime is among the most authoritarian in the world. People living there who refuse to toe the line of atheism, the official non-religion of China, are routinely beaten, tortured, neglected, and even starved to death, in addition to having their vital organs violently removed from their bodies.