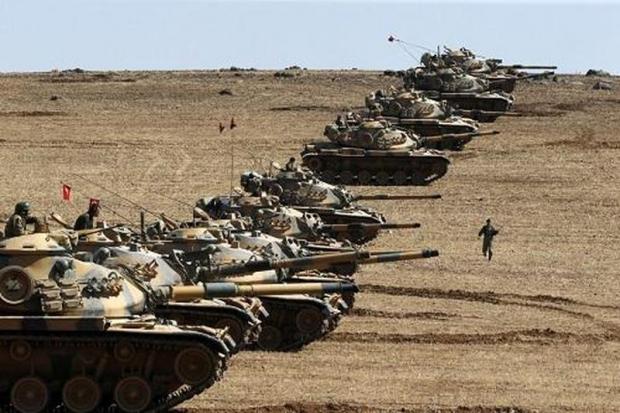 I believe this war will develop on multiple fronts, most importantly on the economic front, but it could very well turn into a shooting war involving numerous actors.

Syria is so important, in fact, that the establishment has been careful to smother all discussion about what is really going on there in a fog of propaganda. And make no mistake, BOTH Republicans and Democrats as well as eastern and western governments are participating in the lies and misdirection.  Obviously, the first and most important lie is a multi-sided one, and we can't continue forward until it's dissected – I am speaking of the lie of US involvement in the region.

Lie #1: The US Has Legitimacy In The Original Syrian Conflict

First, most people reading this should know by now that US covert intelligence agencies (among others) were the force behind the "revolution" in Syria against the Bashar al-Assad. The majority of the fighters coming into the region were trained and equipped in Jordan in camps run by western agencies. The program was called "Operation Timber Sycamore" and was launched in different stages from 2011-2013.

It's clear according to the evidence that the Arab Spring and the conflict in Syria were products of global establishment meddling in the area. Weapons were funneled from the Libyan crisis into the hands of "rebels" that infiltrated Syria, and equipment directly provided by the US found its way into the hands of groups that would eventually become what we now know as ISIS. The Obama Administration, Hillary Clinton, John McCain, John Bolton and many others were intimately involved in Timber Sycamore. The war in Syria was entirely engineered from behind the scenes.